Walter had lectures the whole of the morning, and Jane did not see him. She did not go to lunch until half past one and, with some shopping that needed doing, it was a quarter to three when she got back. He was at his desk, leaning back in his executive chair and listening to his own voice on the tape recorder. He switched off, came round the desk, and kissed her. The embrace lasted, and developed. She released herself to lock the door, an 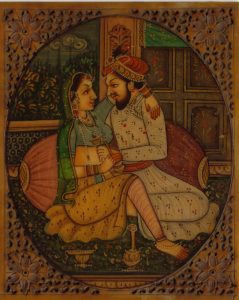 d returned to him. They made love on the carpet she had chosen the previous year, a Hafiz of subtle colours and design.

He was disposed to a lingering aftermath, but she would not permit that. He lay sprawled while she tidied herself.

‘What’s the hurry? Not much work on hand.’

Jane unlocked the door. ‘I was thinking of possible visitors.’

He said complacently: ‘Well, my reputation’s not very high, anyway. Or were you thinking of yours?’

His selfishness amused her. ‘It crosses my mind from time to time.’