Cut off from the rest of the world

Douglas said: ‘Aren’t you taking some things for granted, Selby? You didn’t examine Ruth for temperature and pulse rate – only the boy. She seemed cold, I agree, but she had been outside looking for him. And you don’t know anything at all about Leonard, except that he’s gone off with them – with his wife and child.’

‘And temperature and pulse rate in the boy could have been connected with his collapse and coma,’ Selby said. ‘Fair enough. I’ve been abusing the rules of evidence, or something. It doesn’t alter my point about not being particularly keen on seeing a rescue party from Nidenhaut at the moment.’

Selby got up and went to the sideboard. He got two glasses and brought them back to the table. He looked inquiringly at Douglas, and poured drinks for both of them. Then he said:

‘Because as long as we are cut off from the rest of the world, so are th 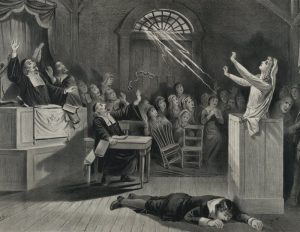 ey. If that road gets opened, then they can carry the sickness to Nidenhaut. And from Nidenhaut …’

Douglas said: ‘You think there could be an epidemic? Isn’t that …?’

George broke in: ‘You’re pretty good at making the flesh creep, Selby.’ His voice was heavily sarcastic. ‘I thought you medical men were all strong and silent. And trained in controlling the imagination, rather than letting it run riot.’