‘Dear Mrs Hallam,’ he said, ‘there is a matter I should like to put to you. It is a delicate one but I have little gift for subtlety, and I can only hope that you will forgive my inexperience. Would you tell me ﬁrst why you choose to live here at “Twilight View”?’

‘There is no real choice,’ she said easily. ‘As you must have guessed, I have no friends and little money. It is the only way I can live.’

Mr Garland sipped his brandy. Something in his mind shivered against the irrevocable step, on whose brink he hovered. Throughout his life he had watched men and women rushing together, ﬁghting to 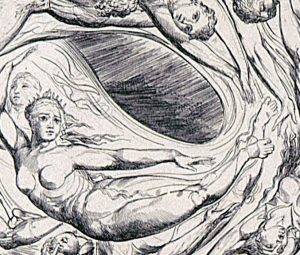 abandon themselves and each other to the whirlpool of darkness and deceit and anger. As his susceptibilities had turned in shock from contemplation of them, so now they asserted their querulous, protesting doubts. But memory rejected them. This wraith, this pleasant vacuum, would not claw him down into the whirlpool; but rather act as a further barrier against it.

‘Forgive my saying it,’ he said, ‘but I had guessed that. And as far as your ﬁrst reason is concerned, why that explains my own residence here. In my youth I did not acquire friends easily, and the few there were have all gone, in diﬀerent ways. But I have a little money.’

He paused in embarrassment. Here, inescapably, one clawed oneself; the whirlpool thundered suddenly nearer. The rush, the abandonment – all these impended. But already it was too late for withdrawal.

‘In fact I have enough,’ he continued, ‘to make a home for the vintage years that still may lie ahead. Small, but’ – across his words Mrs du Cros’s voice shrieked a savage commentary: ‘Three down, doubled and vulnerable!’ – ‘but … aloof. I was wondering, dear Mrs Hallam, if you could possibly consent to share it. Will you marry me?’

She drooped her head a moment and he thought, with a small shock, that she was going to unbend, cast oﬀ her cloak, suddenly be warm and human. In part he longed for, in part dreaded it. To see a butterﬂy swarm from the tinted chrysalis … And yet, the whirlpool, its tumult rocking now in deep and steady nearness … She looked up, and he knew there was no butterﬂy; only the chrysalis.