‘A great moment,’ Sweeney said. ‘The hunters home from the hill. Adrenalin pumping through the veins, and the sweet smell of burning flesh in the nostrils.’

Susan laughed. ‘I suppose you are going to say no to the burning flesh, Sweeney, having missed out on the adrenalin.’

‘My appetite is gross enough to need no quickener. Our mountain looks pretty tonight, don’t you think?’ 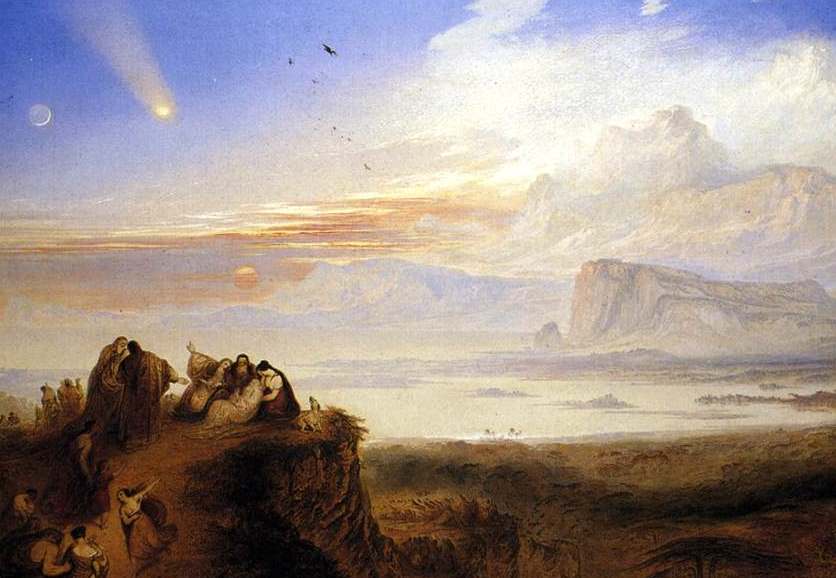 The cloud had caught the sunset light. Its crest was glowing pink, a pink that deepened as they watched into orange and red. Pretty, Katey thought, was not the word she would have used. The colours were exotic, sinister, lifting above the dark sunless slopes where a breeze furrowed the tree tops, below the heavy dark blue sky. She finished her drink, and handed the glass for replenishment to Billy who had, without prompting, resumed his steward’s duties for the occasion.

Sweeney said: ‘A challenge, surely. Once the belly is satisfied, the spirit cries out. When do you launch your expedition to conquer Mount Proteus?’

‘Is that its name?’ Susan asked.

Sweeney shrugged. ‘There are no names on unpeopled islands. But da Silva called it that. He was an educated man, a classicist, and the cloud impressed him.’

‘What does it mean, anyway?’ Toni asked.

‘Proteus was the one who was always changing shape, wasn’t he?’ Candie said.

The top of the cloud was purple now, a shade or two lighter than the sky. Marriott said:

‘Is there any point in climbing it? Nothing to see.’

‘Lydia thought she saw something the first day.’ Sweeney turned to Lydia. ‘Is that not so? Something bright?’

‘Probably nothing. Still, it would be fun to climb it. I don’t see why we shouldn’t.’