They found the bullock in the fourth field. It was grazing near a corner that was enclosed on either side by metal fencing with a wood beyond; as good a position, Matthew thought, as one could have hoped for. On the far edge of the field, he spoke to the others: 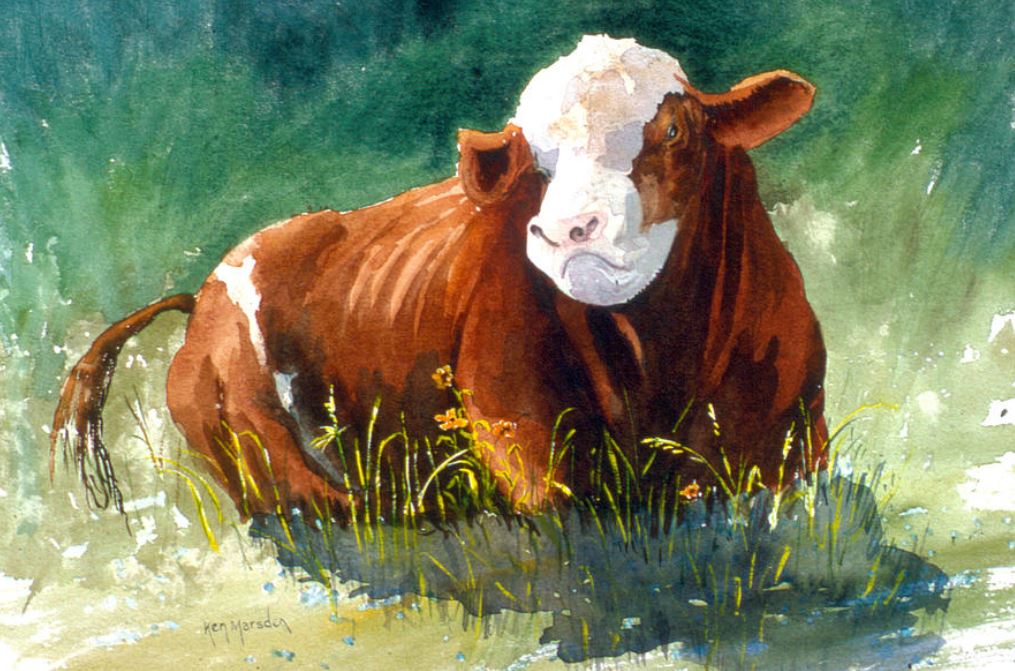 ‘I’ll take the centre. George and Charley on my left; you, Lawrence, and Billy on my right. We’ll walk up to him slowly, and I’ll keep about five yards ahead of the rest of you. Whichever way he goes, I’ll catch him from the flank as he comes past. I’ll try to get him in the neck. If I miss, or only wound him, dodge out of the way and let him run through. Have you got that, Billy?’

They spread out, and walked across the field. The grass was tall – the animal was not likely to go short of grazing – and coloured with the yellow of buttercups, the mauve of clover. Wasn’t clover bad for cattle, Matthew thought? This one looked in good shape. It raised its head once, surveyed the approaching figures, and put it down again. Perhaps it would be easier than had seemed likely. There were clumps of cow parsley near the centre of the field. He remembered seeing them as a child. They had been called Mother-Die then. Take them into the house and your mother will die. Then, too, the irrational had been given full rein, but there had always been an end to the day, a going home to a house, supper, a warm bed.

Matthew was about ten yards from the bullock when it looked up for the second time. Small eyes stared at him along the narrow powerful brown and white muzzle. The head gave two small nods, like an old man sourly conceding a point in debate. Then the front right hoof pawed briefly and the animal charged. It headed neither to left nor right, but directly for Matthew.