Why I wrote THE LOTUS CAVES – Part 2 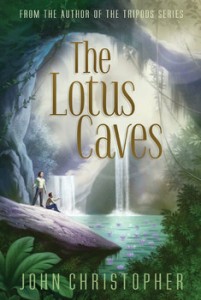 John Christopher (also the author of SARNIA and A BRIDE FOR BEDIVERE) resumes his account of the writing of THE LOTUS CAVES. First published in 1969, republished on November 4th this year by Simon & Schuster, it is also the subject of a recent film adaptation: Bryan Fuller’s HIGH NOON …

During the Thirties, side by side with the science fiction fans marched a more purposeful group of dreamers: the rocket enthusiasts. There was a good deal of mixing between the two and some figures – Arthur Clarke notably – were prominent in both. He was Secretary of the British Interplanetary Society in 1938, when they produced their plans for sending a rocket to the Moon at a cost, I think, of £100,000. 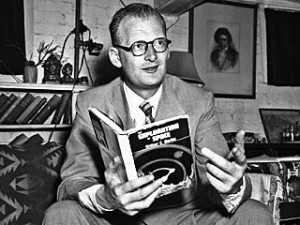 They never had a hope of getting the money. And if some mad millionaire had given it to them, their rocket engine would very likely have failed to reach escape velocity. If it had reached it, the journey to the Moon would have been incredibly hazardous, with the astronauts rapidly working out orbits and courses and hopefully trying to correct errors by applying thrusts in different directions. It would have been a voyage something like that of Columbus, but with the odds far more heavily against success.

Well, the landing on the Moon came, comfortably within our lifetimes. But it was an enterprise of an entirely different kind. The cost ran into billions, not tens of thousands. And the course was plotted by computers back on Earth. There was not even the shock of the unfamiliar and alien at the end: the TV cameras had been there first.

All this means that while I applaud the courage of the astronauts and the brilliance of those others who plan and execute the various projects, I cannot work up much interest in lunar exploration. Instead of wild men like Columbus sailing through the unknown to the unknown, we have test pilots following a pre-ordained and carefully rehearsed plan.

And the Moon itself, to someone nurtured on Wonder Stories and the rest, is a dull place. It is not what we dreamed about.

This is how I came to write THE LOTUS CAVES. The Bubble, in which Marty and Steve live, is something like what a lunar colony really might prove to be: workaday, frugal, highly organized, and boring. The world of the Plant stands for the colour and strangeness and excitement which thirty-eight years ago were part of our speculations about the other planets, and which in the time between have drained away.

And because this is science fiction and not fantasy, it just could be true. The Moon gives off strange reverberating echoes when it receives a heavy impact. There may be caverns and hollows below its surface; and if the plant is not there, creating things out of itself and communing with its own wisdom, other things may be. The Selenians of ‘First Men in the Moon’, perhaps?