A Bride for Bedivere

‘I cried the day my father died; but from joy.’

Jane’s father had been nothing but a bully. His accidental death at the dockyard where he worked might have left the family in penury but it had also freed them from his drunken rages. He was scarcely cold in his grave, though, when another tyrant entered Jane’s life.

Sir Donald Bedivere’s offer to ease her mother’s financial burden had but one condition: that Jane should leave her beloved home in Portsmouth and move to Cornwall as his adopted daughter.

To Sir Donald, Cornwall was King Arthur’s country, and his magnificent home, Carmaliot, the place where Camelot once had stood. To Jane, for all its luxury it was a purgatory where her only friend was the lumbering Beast, with whom she roamed the moors.

Sir Donald had three sons, and Jane was quick to sum them up: John was pleasant enough, but indifferent to her. The burly, grinning Edgar she found loathsome. And Michael, on whom Sir Donald had pinned all his hopes, she disdained.

Sir Donald had plans for the Bedivere line – Jane wanted no part in them.

The SYLE Press – extracts from A Bride for Bedivere 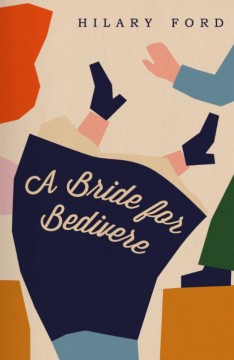