A Palace of Strangers

‘It is always nonsense for us that says some are chosen and others left to die. If that should be, it is better not to be chosen.’

A Sunday evening in 1921: open house at the modest Liverpool home of Benjamin and Mary Rosenbaum, where Isaak Rosenbaum, visiting from Germany, has been shaken to discover that his brother no longer attends synagogue.

Solly Gruenblum sits down at the piano, and six-year-old David watches spellbound as Jinny O’Neill – ‘glorious and the breath of life itself’ – bursts into song. The following February Isaak and Jinny are married at St Jude’s Catholic Church.

‘We have fought a war, your country and mine,’ Isaak declares before whisking his bride back to Germany. ‘It must not happen again that two such great countries should spill each other’s blood.’

But with the rise of Hitler, Isaak and his family are forced to flee to London, and in 1945, David, now a British army officer, comes face-to-face with the reality of the concentration camps.

Even in a post-war world, though, for David and his German cousins, can the traumas engendered by their mixed heritage ever really be put to rest?

The SYLE Press – extracts from A Palace of Strangers 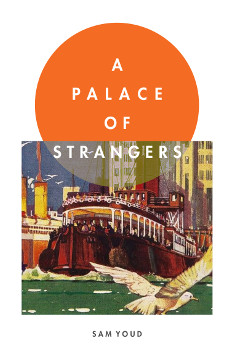