I used to have a recurrent dream, about opening a drawer and finding a book I’d written, starting to reread it, and realizing with growing excitement that it wasn’t half-bad — in fact, one of my best” — SAM YOUD

To his employers, he was a first-rate engineer. To his friends, he was something of a Don Juan. A more perceptive acquaintance described him as possessed of ‘a kind of bitter integrity’ … But beneath the front, the real Charles Hibson lay buried – deep.

When Hibson was sent to a watch-making factory in Switzerland to supervise the installation of a precision grinder, only his sister Angela could guess what it meant for him to return, as an adult, to the land of their childhood.

Fifteen years had passed, and Irina Toleykov, still as serious and reserved as ever, was no longer the little girl in pigtails. And although the tragic loss of her Russian émigré father and both of her brothers was general knowledge, she, too, had her secrets.

But in Geneva, with its Bar Giovanni and its British Export Commission, where the gulls and swans fought for the scraps tourists threw into the lake, secrets – Hibson was to find – were common currency. 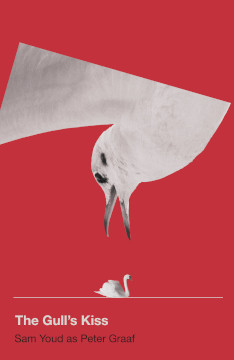