Life holds no prospect of luxury or excitement after Sarnia’s beloved mother dies: potential suitors vanish once they realise that marriage to the orphan will never bring a dowry. Yet her post as a lady clerk in a London banking house keeps the wolf from the door, and the admiration of her colleague, the worthy Michael, assures her if not of passion, then at least of affection.

Then the Jelains erupt into her humdrum routine, relatives she did not know she had, and whisk her away to the isle of Guernsey. At first she is enchanted by the exotic beauty of the island, by a life of balls and lavish entertainments where the officers of visiting regiments vie for her attention.

But Sarnia cannot quite feel at ease within this moneyed social hierarchy – especially in the unsettling presence of her cousin Edmund. And before long it becomes apparent that, beneath the glittering surface, lurk dark and menacing forces …

Her mother had scorned those of her sex who tamely submitted to male domination but, as the mystery of her heritage unfolds, Sarnia becomes all too painfully aware that the freedom she took for granted is slipping from her grasp.

The SYLE Press – extracts from Sarnia 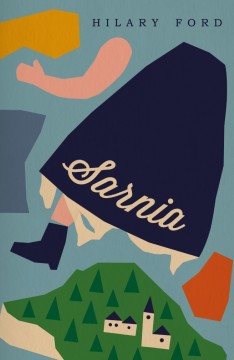