The World in Winter

The Fratellini Winter they had called it, after the Italian scientist who had first detected the decline in solar radiation.

The seasons pass and the cold bites ever harder. The Thames freezes over, stocks of food and fuel run low, and London falls under martial law. That first arctic winter, it seems, was only the beginning, the herald of the incoming Ice Age.

Andrew Leedon has problems of his own. Forced out of his marriage, he joins the exodus of the privileged few with the necessary influence to escape to the warmth of the African sunshine.

But gone, he finds on arrival in Lagos, are the glory days of Empire. The desperate influx of European refugees has enabled the natives to turn the tables on their former colonial masters: it is white men now who, from their shanty-town hovels, serve at table and labour on construction sites, white women who empty the bed-pans and sell their bodies.

Their Nigerian bosses, meanwhile, looking towards the lawless, ice-bound north, have their own plans for expansion.

The SYLE Press – extracts from The World in Winter 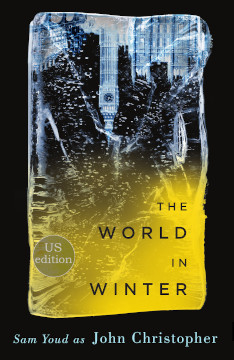