Striking the balance between naive optimism and bleak nihilism

Grognardia was introduced to The White Mountains by the comic-strip version which ran in Boy’s Life in the early 1980s. “As a kid,” he writes, “I remember being quite unnerved by the idea of the cap, influenced no doubt by this panel from the comic … Jack’s personality has changed and his previous curiosity about the world that existed before the coming of the Tripods is expunged. Even now, I find the idea of it sends shivers down my spine.”

Of the trilogy as a whole he writes, “the melancholy resolution of the overall plot is perfect in my opinion and strikes the right balance between naïve optimism and bleak nihilism.’

‘There’s nothing like a dystopian or post-apocalyptic novel to take your mind off current ills,’ writes literary blogger Calmgrove, 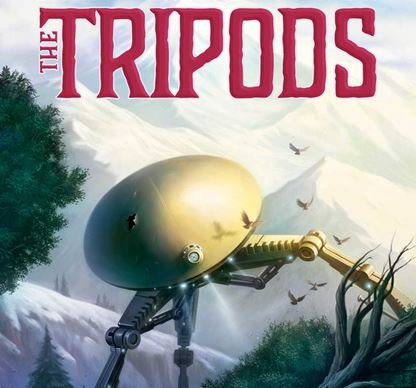 ‘providing that what’s described doesn’t approach too closely to reality.’ In his assessment of The White Mountains, he concludes that one message of the book is that those on the cusp of puberty – like Will, Henry and Beanpole – may have an inquisitiveness and a suspicion of authority that no assurances as to the benevolence of those in control will ever win over. ‘The White Mountains,’ he continues, ‘is one of those novels where not explaining every detail is deliberate, where readers have (like Will and his companions) to work out for themselves what’s happening from the limited cues on offer.’

John Christopher’s YA novel, Empty World, first published in 1977, was seen to be eerily prescient when the Covid-19 global pandemic hit. The Spectator included it in their ‘7 literary plagues to ponder in quarantine’, describing it as featuring ‘murder and violent brawling – a mere foretaste of what parents across the land have in store now that the schools are shut, and that’s before you even get to the rapid ageing’. Empty World ‘s description of the spread of its own virus was quoted in detail on Twitter, and it was first on the list of i-news’ ‘25 must-read novels about plagues, pandemics and panic‘.

… and The Guardians in particular … 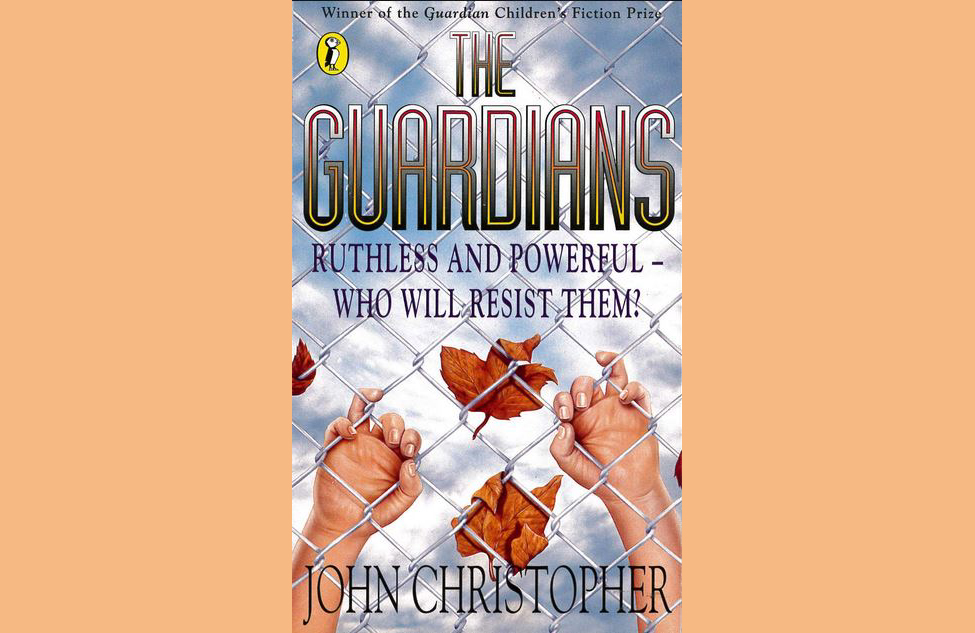 On its publication in 1970, The Guardians won the annual Children’s Fiction Prize from The Guardian newspaper (coincidentally), and in 1976, the Deutscher Jugendliteraturpreis for the German-language edition, Die Wächter. In 2020, the novel – which depicts an authoritarian England divided into two distinct societies: the modern, overpopulated ‘Conurbs’ and the artistocratic, rarefied ‘County’ – gained new attention. Artis-Ann, writing in The Yorkshire Times, concluded that ‘the writing is as carefully controlled as the society it depicts and the plot unfolds thoughtfully, leaving the reader to wonder, perhaps, which side they would be on.’ The blog ‘Random Red-headed Ramblings‘ alluded to its modern relevance, in its descriptions of a class divide where ‘the rich get richer and the poor are lied too to make them believe they are happy’. And DBC Pierre, author of Vernon God Little, chose it as his answer to The New Statesman’s question, ‘What book last changed your thinking?‘

From the Archives: Return of the Tripods

The Cultural Gutter – ‘a website dedicated to thoughtful writing about disreputable art’ – revisits The Tripods from the vantage point of adulthood: ‘The White Mountains’ bizarre combination of sci-fi gloom, a quasi-medieval world, friends on a trek, and a rising up against oppressive overlords snared my attention immediately.’ Discussing the absolutely alien nature of the Masters and the unusual complexity of the character of Will, they conclude: ‘I found the books every bit as thrilling to read as an adult as I did as a child. Perhaps even more rewarding, as the complexities I didn’t notice in my youth (or only latched onto subconsciously) were more obvious as an adult. This was no case of nostalgia. Rose-tinted lenses were not needed. ‘ 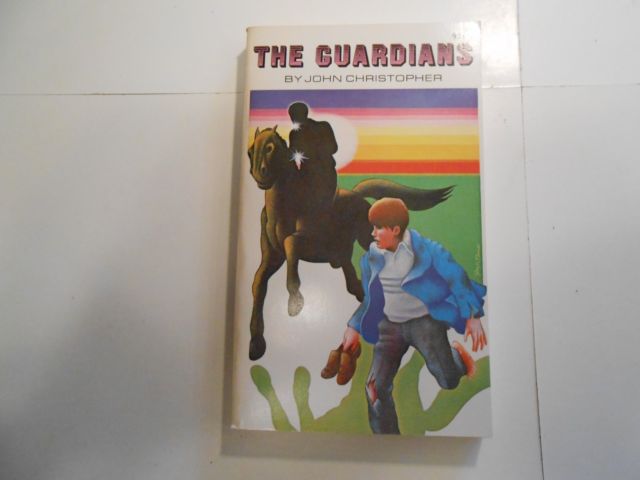 ReadItDaddy, award-winning bloggers on all things children’s literature, take a look at class issues in publishing today, and in particular John Christopher’s ‘The Guardians’: ‘There’s no better description of an imagined future society where class divisions are so clearly described and what happens if you try to “hop the fence”.’ Sam Youd, they point out, ‘grew up in modest surroundings and only managed to become a professional writer thanks to a scholarship. His keen observational eye for describing various levels of society so chillingly and accurately could only have come from the experience of growing up in pre-WWII Lancashire and experiencing those hardships himself’ – and ask whether publishers today need to do more to encourage potential writers from the lower income classes.

Long-established children’s book magazine, ‘Books for Keeps’, interviews Sam Youd: ‘I think the successful children’s books are those which appeal to something at a deeper level which the child doesn’t really quite work out. Now in “The White Mountains”, the whole thing is that at puberty people are brainwashed. The whole future of mankind rests in the hands of the young, the age group for which I’m writing. I think that kids at that age – around 12 or 13 – probably do look at the adults around them resentfully and think of them as hidebound and prejudiced. It’s important for children to have stories which put them in the driving seat.’

Why I wrote The Lotus Caves

In 1971, two years after its publication, John Christopher published an article in the children’s magazine ‘Puffin Post’ to explain his reasons for writing the classic sci-fi adventure story of boys on the moon.

An early dystopian trilogy about resistance – and what comes after

In June 2017, the New Yorker published a piece by David Cantwell which discusses the work of John Christopher/Sam Youd, with particular reference to the Tripods trilogy. As David points out: ‘Rereading the book today, though, what’s most striking is its ultimate lesson. At the end of the series, after our young heroes have defeated the Tripod rulers, Will notices troubling political developments: renewed tribalism, authoritarianism, and nationalism among some members of the resistance. Since the Presidential election last November, many people have drawn on dystopian fiction … to explain our predicament. The implication sometimes seems to be that we can restore democracy by rising up to defeat our newly elected leader … The Tripods Trilogy makes the case that sustaining democracy is not so simple.’

In ‘Fearful Associations in John Christopher’s Middle-Grade Science Fiction’, the LA Review of Books discusses two of John Christopher’s YA novels, ‘The Guardians’ and ‘The Lotus Caves’. How does a young boy maintain a sense of self, Jens Lloyd asks, while associating with others? How does he navigate between the poles of assimilation and individuality? When should individualism be feared? When should assimilation be welcomed? ‘If assimilation entails cohabitation with a benevolent interstellar vegetable,’ he concludes, ‘then I am, at least, going to consider my options.’

Ethan Alter, writer for Yahoo TV, focuses on a piece of previously unadapted material ‘we’d love to see become a TV series’ – John Christopher’s ‘The Sword of the Spirits’ trilogy – with Rian Johnson directing, he suggests, and Bruce Willis as the Prince’s father!

John Christopher’s Tripods with the Harry Potter books and The Hunger Games. He concludes: ‘If I ever had to be a hero, I’m pretty sure I’d be more like Will than like Harry or Ender or Katniss — which is to say, I’d be clumsy, impatient, selfish, whiny, and generally bad at it. More like Will, who screws up and regrets it but never actually changes; Will who has no destiny, but does what he can to help out the people who do.’ 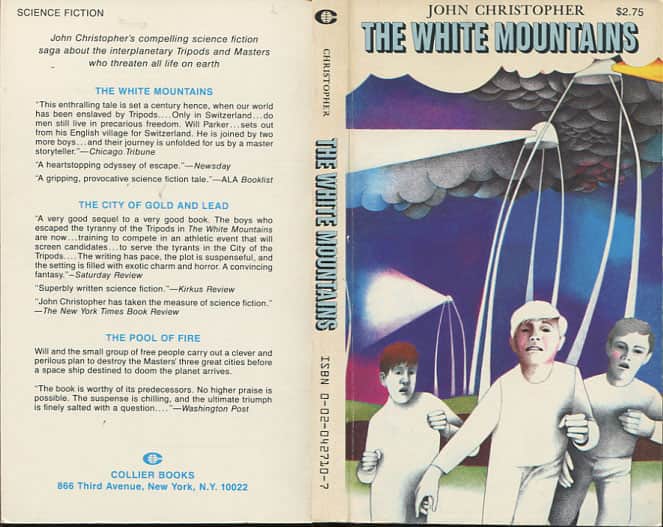 Twenty years on, sci-fi and fantasy writer Jo Walton re-visits John Christopher’s ‘Prince in Waiting’ trilogy which ‘I read first when I was ten at most, and which I read a million times before I was fifteen’. ‘I was expecting the suck fairy to have been at them,’ she says, ‘specifically, I wasn’t expecting them to have the depth and subtlety that I remembered … However, I was pleasantly surprised. These really are good books.’

Children’s librarian Stephanie Whelan takes a look at the different ways in which cover artists have approached ‘The White Mountains’, since its publication in 1967.