Cynthia and Peter tired of swimming before Heather did. They changed into clothes and then sat in deck-chairs on the edge of the pool, watching her enthusiastic cavortings. She went prowling, mermaid-like, along the bottom of the pool, and popped up out of the water in front of them, releasing her pent-up breath with a great snorting gasp.

Peter called to her: ‘You’re overdoing it. You’ll be getting muscle-bound again.’

She shook drops from her head. ‘Different muscles. Anyway, you can rub some more liniment in!’

‘I think you’ve had enough.’ 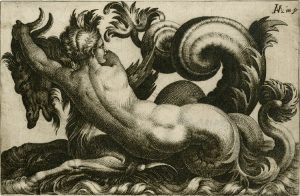 ‘Perhaps I have.’ She heaved herself up over the edge and sprawled on the boards beside them. ‘I think I have. Fix me up a chair while I change.’

Peter stretched himself. ‘Time enough when you have changed.’ He tried, without success, to avoid the water she shook at him. ‘And you’d better clear off before I throw you in again.’

They looked after her as she went into the pavilion.