So does your husband

‘Well, you know. Propinquity makes strange bed-fellows.’ Toni stretched her arms back, a voluptuous movement. ‘And tropic islands make you sexy. At least, I find it so.’

Katey thought of saying: so does your husband, from the way he looks at the little Malone girl. She refrained, not to avoid embarrassing Susan but because she doubted if the remark would have any effect. She had the impression that Toni saw as much of her husband’s manoeuvres as anyone el 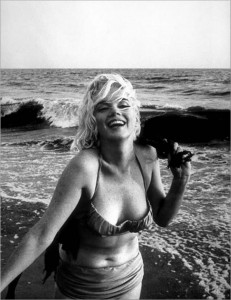 Toni said to Susan: ‘How about you, honey? Haven’t you begun to feel like throwing your arms round someone?’

There was a glint in her eye; tolerant and amused. She had certainly kept abreast of Marriott’s activities. Susan said:

‘No. I don’t think we all have your low boiling-point.’

She spoke emphatically, but it was not entirely true. There had been moments, in the evenings particularly, with the air still warm but softer, light draining swiftly out of the purple sky, the first stars springing overhead, when she had felt her blood stir, pulses leap in a way she had almost forgotten. So far she had repressed these feelings: there had been practically nothing between her and Joe since the birth of their second child. She had not felt the lack and nor, as far as she could tell, had he. She contemplated, for a moment, the possibility of some other man. Marriott, for all his attentions to Susan and presumable capability with Toni, would not need much encouraging. But the thought was no sooner framed than it disgusted her.

Katey said abruptly: ‘I’m not fond of this kind of conversation.’