‘A comforting glass of whisky’

In 1999 Colin Brockhurst interviewed Sam Youd, covering an extensive range of topics from his admiration of Jane Austen and John Wyndham, his early ‘single-draft’ writing method, his shift from adult to young adult writing, to the BBC’s production of The Tripods, the genesis of the Tripods prequel, When the Tripods Came,  and his first sight of the film No Blade of Grass: ‘Years later it was shown on TV, and I thought I might manage it from my own armchair, with a comforting glass of whisky on hand. I lasted to the first commercial break, then went to bed’.

A man of many pseudonyms

If the name John Christopher is not familiar, try Stanley Winchester, Hilary Ford, William Godfrey, William Vine, Peter Graaf, Anthony Rye or his birth-name, Sam Youd. Was there ever an author with so many pseudonyms?’ asks The Independent.

The island of Guernsey

Sam Youd lived for many years on the Channel Isle of Guernsey, and he used the island as the setting for both his first gothic romance, Sarnia, written under the epicene pen name of Hilary Ford, and also one of his best known John Christopher novels, A Wrinkle in the Skin. For the past few years Guernsey Walking Tours have offered the chance to retrace the hero’s footsteps ‘in this Guernsey based thriller of a world turn upside down – literally!’ GWT were also instrumental in setting up the launch of the SYLE Press edition of the book as part of the 2019 Guernsey Literary Festival.

Children’s writer Tom Angleberger, author of the New York Times best-selling series ‘Origami Yoda’, launches a week of John Christopher posts, including book reviews and an interview with the man himself.

Writer, artist and animator Niel Bushnell shares some of the email correspondence he had with Sam Youd/John Christopher, ‘a fascinating insight into the later years of a mature and successful writer’.

The end of the world as they knew it

US crime writer Wallace Stroby considers his own preference for British science-fiction, ‘especially the socially conscious apocalyptic fiction that sprang up in the immediate post-WWII era’, with particular reference to the writings of John Christopher, who was ‘responsible for a handful of extraordinary post-apocalyptic adult novels’. 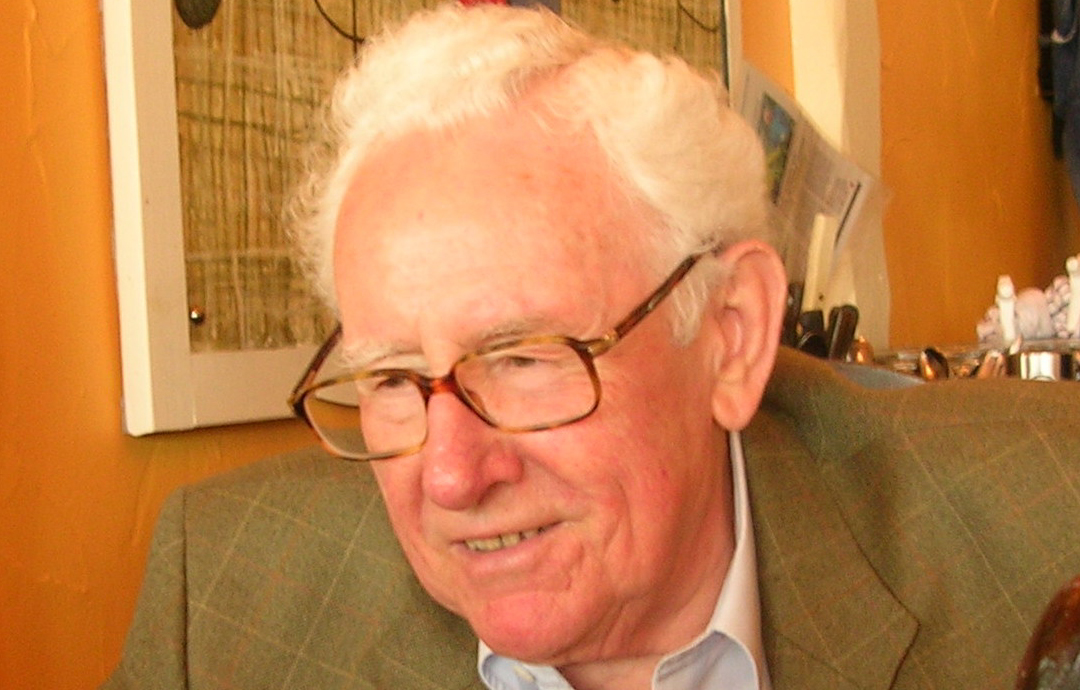 John Christopher: ‘the end of the world and one of the best writers about it’

The Caustic Cover Critic – ‘one man’s endless ranting about book design’ – takes a brief look at the works of John Christopher, adult and juvenile. ‘If you have children you’d like to inspire with an introduction to world-ending literature, try the “The Tripods”, or “Empty World”, or “The Prince in Waiting” (civilisation ended by aliens, plague and tectonics (again) respectively). They’ll thank you, or else spend the rest of their lives plagued by apocalyptic nightmares. It’s all part of life’s rich tapestry.’

‘Nothing was of value, without a mind that challenged and inquired’

A compilation of the sayings of John Christopher on Goodreads.

Brian Aldiss leads tributes to a prolific author – of ‘The Tripods’ and more than 50 other novels – who ‘beat description’.

Guardian writer Damien Walter considers the work of John Christopher: ‘With the sad news of John Christopher’s death this week, it seems that the generation of British authors who created science-fiction with such humour and subtlety and willingness to be critical of authority is being lost.’

The only true judge of an author’s merits is posterity. But why, DJ Taylor asks, do some literary reputations last while others founder? Whilst the likes of Angus Wilson and Iris Murdoch may be on the wane, ‘a hitherto neglected talent can suddenly find that circumstance has given their work a new relevance, as happened to John Christopher’s eco-thrillers “The Death of Grass” and “The World in Winter”, seized on by a new audience of environmentally conscious readers in the 2000s.’