A man of many guises

Boxes within boxes, she thought. The family man with the distinguished looking wife and two handsome children. And Sexy Staunton 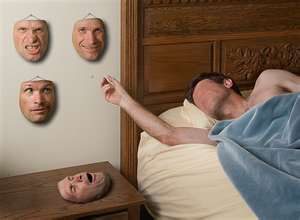 , the flutterer of female undergraduates’ hearts. And inside that, to the few who really knew him, a shy man, flirting with women but afraid of them, keeping them at a distance. Inside that again, her lover. She wondered if his wife, Angela, knew anything of it. She had broached the subject once, and he had passed it off with a joke. There was a lot she did not know about him and, somewhat to her surprise, she was not particularly curious.

He caught sight of her watching him and, without stopping talking to the girl, gave a small jerk of the head. That meant: come and rescue me, I’m bored. Obediently, Jane went to get him. The girl made a poor show of concealing her annoyance. There was no doubt about the way it seemed to her. Walter Staunton and she had been having such an interesting, you might say intimate, conversation, when that secretary of his dragged him away. Obviously jealous.

‘Let’s get out of here,’ Walter said. He gave a big smile to a passing account executive. ‘I’ve had this lot. Besides, I’m bloody hungry.’

His physical appetites were strong and, in the case of food and drink at least, quite uninhibited. It was a heartiness which in other people would have repelled her, but which in him she found attractive.