As The Independent’s Invisible Ink article put it, was there ever an author with so many pseudonyms?

With its third publication, The SYLE Press turns its attention from the Hilary Ford novels to those of John Christopher. This is the name behind that classic work of speculative fiction, The Death of Grass (still in print today in Penguin, nearly sixty years after its initial publication), as well as a stream of novels in the genre he pioneered, young adult dystopian fiction, beginning with The Tripods. 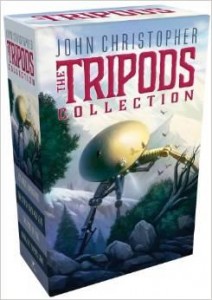 ‘I read somewhere,’ Sam once said, ‘that I have been cited as the greatest serial killer in fictional history, having destroyed civilisation in so many different ways – through famine, freezing, earthquakes, feral youth combined with religious fanaticism, and progeria.’ The SYLE Press will shortly be announcing which of John Christopher’s twenty-nine published novels it is about to bring back into print.