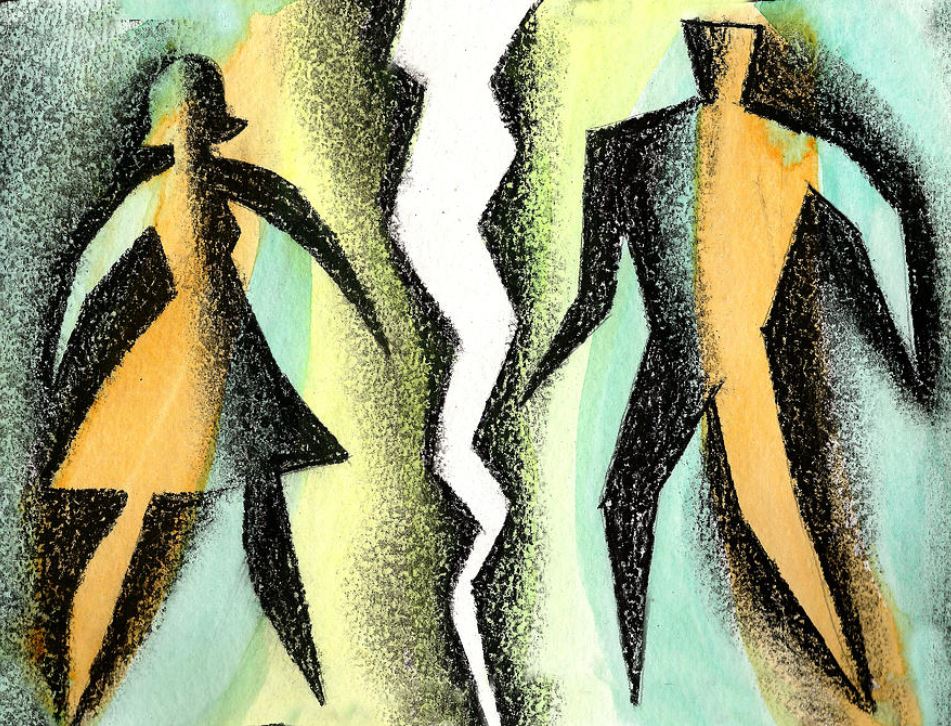 He was aware of a slight shiver that ran across his shoulders and down his spine; he hoped the tremor had not shown. The girl behind the bar called something to a colleague at the back, and her voice grated on him, raucous, almost unbearably harsh. He tried to look back into his wife’s eyes, but found he could not.

He looked at her hand, at the dull red polish of the fingernails, and thought of the times he had watched her paint and dry them; and of all the other small intimacies of their life together. From now on, for him, she would be groomed and clothed – friendly or hostile but always a stranger.