These are the nineteen sixties!

‘They will be able to open the road up within a week? You’re sure of that? We don’t have to start rationing food, or anything like that?’

‘No rationing,’ he said. ‘They know down at Nidenhaut that we have supplies in for an emergency. If it were going to last long they would call in one of the helicopters, to toss us a few boxes of provisions. These are the nineteen sixties, honey. We don’t have to start drawing lots for who eats whom.’

‘Then there isn’t anything to worry about?’ 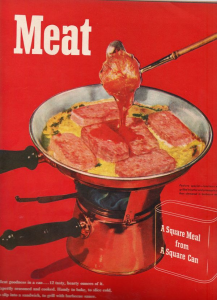 ‘Well, you’ll have to worry about keeping them happy on tinned food.’ He put an arm round her shoulders; an ordinary gesture of affection but she was conscious of strength and reassurance flowing from him. ‘Put you on your mettle, old love, but you can do the trick if anyone can. Tell you what, let’s go and have a sustaining noggin before the horde comes ravening in for tea.’

She protested: ‘At this time of day?’

He smiled at her, and she thought how silly it was to pretend. He must know, at least, about the bottle she kept in the bedside cabinet, and the lowered levels in the bar itself had probably not escaped him. She pressed her head back against his chin.