With some annoyance Michael said: ‘He could have given them another five minutes. It was a damned good fox.’

‘Too good,’ Rosemary said casually. ‘If they found him now they would lose him again on the next river.’

Unpacking sandwiches, Adrian unreservedly admired her sagacity. Rare in a woman, phenomenal in a girl, and therefore the more striking. The majority of them hunted by habit and convention, chattering the whole time and almost completely ignorant of what was really happening. When she was out of earshot he said as much to Michael. 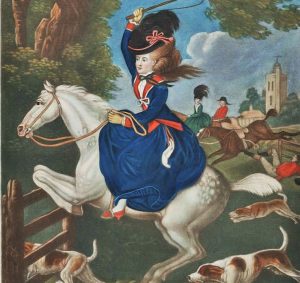 ‘Too knowing really,’ he said. ‘Knowing women … I do not approve of anything that tampers with natural ignorance.’

Adrian said with distaste: ‘Oh, Wilde … You’re a worse reactionary than I am, Michael. Women are going to be clever in future; you can no more stop it than you could keep red flags in front of those confounded motor-cars. And it’s not a bad thing either. The chattering of idiocies and banalities may seem attractive in girls, but as you get older you feel the need for more intelligent companionship.’

‘You’ll be preaching equality of the sexes next,’ Michael said.

Rosemary came over as he spoke, but beyond an enigmatic smile made no comment. The strength of assurance, Adrian thought, the assurance of strength. Would she change in this so rapidly changing world? He thought: I would like to see what she’s like at my age; and felt the brief sadness of knowledge that he could not. And yet, did anyone change in any real sense? Remembering his own youth, he could find no valid difference between the person he had been and the person he was. Only the outside altered, spinning across one’s life like a fantastic whirligig, spoked with railways and hurtling motor-cars and airships. At the hub the man remained, puzzled or confident only in relation to his self-knowledge of his own eternal ignorance. That was the ultimate truth; the realisation that truth was unattainable. One might admire a clever, spirited girl (mentally, of course – she was thin and after all, there was loyalty…) but essentially her spiritedness could only be the measure of her superficiality. Intrinsically, she did not exist. That left one free to admire her disinterestedly, aware that one really admired a dance of coloured bubbles.