You can tell it’s real

The table rapped once. Olivia said, explaining: ‘You can put your questions directly.’

‘Right,’ Leslie said. He paused briefly. ‘Did you know the painter, Wu Tao-tzu?’

The table began to rock. Howard provided the alphabet recitation. We waited for this tapping, stumbling speech. 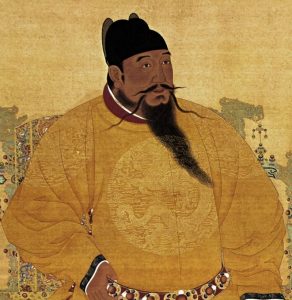 Cynthia said: ‘Is that supposed to mean anything?’

I said: ‘Yes. A little trap that didn’t come off. Leslie asked a Sung mandarin if he knew one of the great painters of the T‘ang dynasty – a matter of four hundred years earlier.’

Piers said quietly: ‘And it’s not evidential, of course. Since at least one of us knew who Wu Tao-tzu was, the trap doesn’t spring.’

Howard explained: ‘The suggestion is that one of us is Ming – doing a spot of faking.’

Lulu said indignantly: ‘Oh but it couldn’t be! You can tell it’s real.’

Howard said: ‘Is there a message for anyone?’

It ended in a confused flurry of bumping that tailed off gradually into silence.

Cynthia said: ‘Ming doesn’t seem exactly mad on you, Livia. Do you come here every week just to get insulted?’

Olivia said: ‘Not exactly. He isn’t usually so … violent.’