What are we doing here?

‘It doesn’t seem to have put you off your game.’

Leverett finished his whisky and stared at the empty glass. The tall waitress was leaning against the wooden ledge, bearing various potted plants, that separated the two sections of the café. Hibson called her and re-ordered. From the higher reaches the record player began to boom softly. 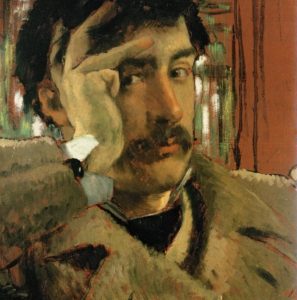 ‘Sometimes,’ Leverett said, ‘I start worrying. All that frustration, all that waste of energy, to satisfy an itch. One time I used to think it was funny. I’ve even laughed out loud, when I was with a woman, thinking about it.’

‘Disconcerting,’ Hibson said, ‘for them.’

‘Yeah. But lately I’m not so sure. In a way it’s more humiliating than funny. I think: this is me, and here I am, and what the hell am I doing, and why?’

‘Couldn’t you ask the same questions about most human activities? What are we doing here, for instance, and why?’

‘You have something, maybe.’ Leverett took the new glass as the waitress put it down. ‘Except that there’s no sweat in drinking, and mostly the company’s better.’