He gave her no warning when he came on leave. It was Saturday afternoon and she was ironing in 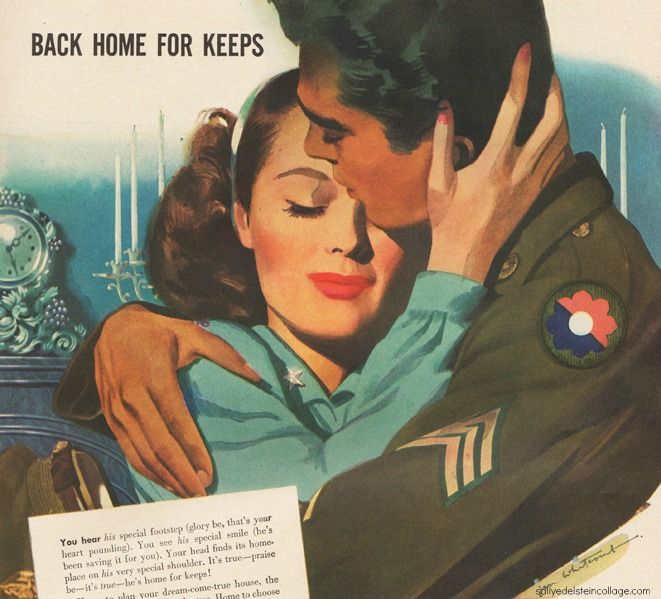 the kitchen when the door-bell rang. She ran out to open the door, her face ﬂushed, and saw Lance. He stood before her in shapeless uniform.

She thought for a moment of throwing herself on his mercy; of saying: ‘Please, no. I’m ashamed of it – of my home, of my family, of myself for being ashamed and for being part of it. Please let me stay outside with you and be Elise.’ It might barely have been possible with the old Lance, hatless and in ﬂannels. But she had no means of contact with this uniformed stranger. She held the door open.

She saw him wrinkle his nose as his senses caught the smell of stuﬃness and leaking gas. Then her mother who had been peeling potatoes in the kitchen came out curiously.

‘One of the boys from the oﬃce, Mum,’ Elsie replied. ‘He’s on leave, so he dropped in.’

She realised, with a strange feeling of relief, that the clash she had avoided for so long had arrived, and that in the battle Elsie must always win. Elise was all right for the oﬃce or afternoons at the tennis club, but Elsie was the real thing. She turned to Lance, deﬁantly: