The front door was open as he came downstairs and he could see Nelly beyond, scrubbing the doorstep. H 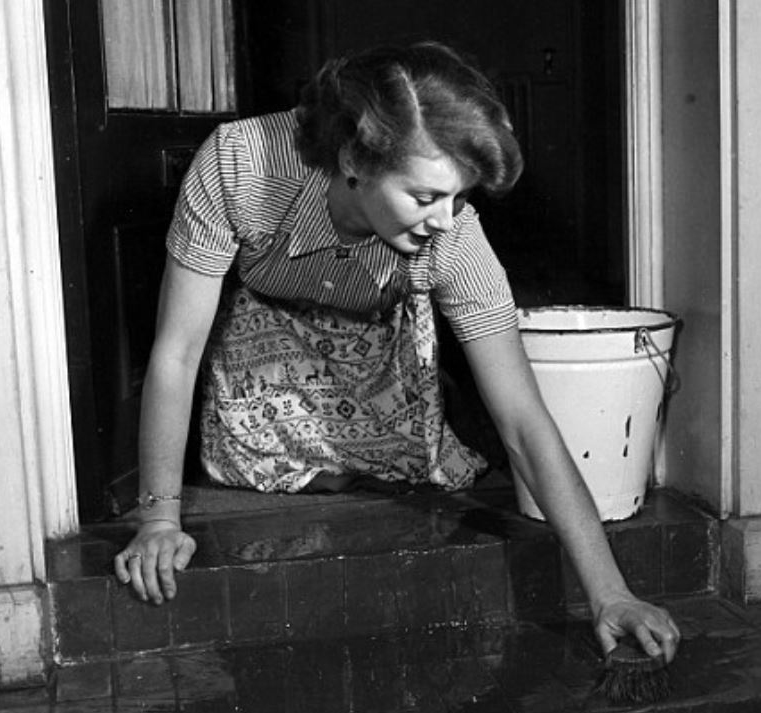 e called out to her, and she looked up with appraising, frightened eyes. His mother looked out from the kitchen, smiling.

‘Hello. Sun drive you out of bed? Living on a farm seems to have given you an ability to get up if nothing else.’

He picked up the Telegraph and wandered into the dining-room. The table was already laid, so he propped the paper against the toast-rack. He had just finished his cereal when his mother came in, carrying a tray. She put down two plates of egg and bacon, and sat opposite him.

‘Nelly gets more scared-looking every day. When I said good morning to her I thought she was going to burst into tears.’

‘I expect it’s her father,’ Mrs Hallam replied. ‘I believe he drinks heavily and beats them all.’

Contemplating the abject weakness of Nelly, Lance felt strong. He felt the security of the distance lying between him and the Nellies of the world. For him, comfort, strength, a holiday on a farm as a preliminary to the real holiday at Torquay. For Nelly, squalidness and brutality so great that scrubbing steps in his home must seem a bliss in comparison. How horrible, how grotesque to think that an accident of birth might have made one a Nelly! Such engrained humility and compliance. His mind wandered furtively. Perhaps when Mummy went out shopping he might try something on with her. She wouldn’t resist.