I said: ‘It’s quite simple, Livia. There’s a very little man in the middle of the trumpet blowing air two ways at once. He must be double-headed.’

The last record of ‘Scheherazade’ clicked to its end and my voice sounded louder in the silence than I had meant it to be.

I said: ‘Why not? Swing it round. Livia and I will listen in on the Unknown.’ 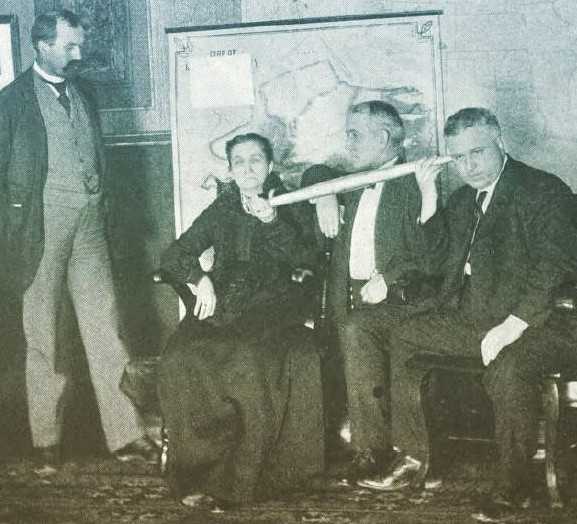 I had to hold the large end of the trumpet to prevent it from swinging away from us. I held it against my cheek conscientiously. Nothing happened. Olivia said:

‘Anything at your end?’

I pursed my lips and puffed a breath of air towards her. She gave a little cry.

I heard her sit down and stood, for some reason obedient to Piers’s command, holding the trumpet’s edge. Almost at once I felt the pulse of warm air against my face. It came in gusts as though from lungs racked by the unaccustomed effort of breathing. In a lull Piers said:

‘Something,’ I said. ‘Certainly something.’

I felt the gust again and heard it expand into the sharper edge of speech: barely audible, barely intelligible, a whisper challenging. A call: ‘Tenn!’

I lunged as sharply as I could, feeling with my hands for the other end of the trumpet. They closed on vacancy. There was nothing there; nothing anywhere.

Nothing but the memory of a whisper in a voice I thought was dead.