He’ll kill himself on that machine sooner or later

‘I can’t think why! He has no conversation, and even less appearance. That suit, that dreadful tie, those boots! And that washable collar.’

‘You make him nervous,’ Victoria said. ‘Most people do. He’s quite different when he’s at ease.’

‘How different?’ John asked. ‘Does he take his boots off?’ 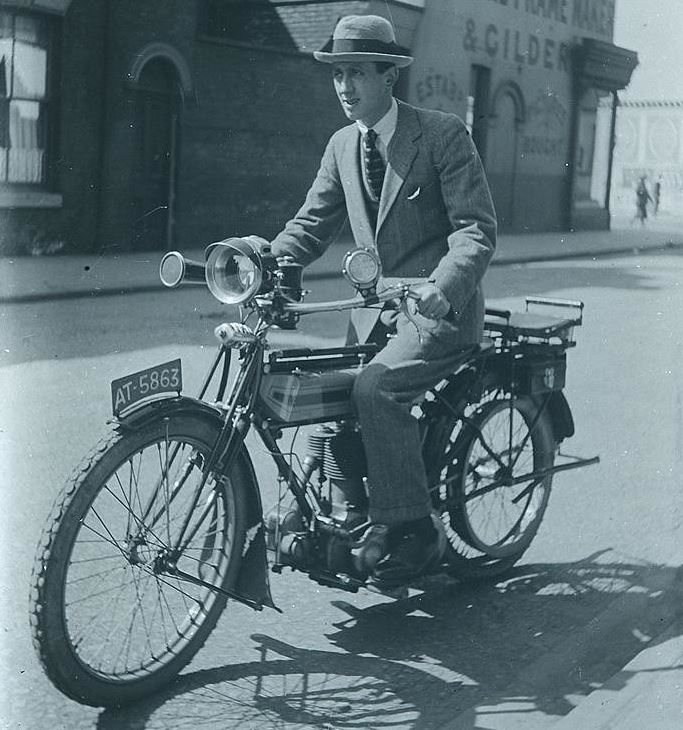 ‘I meant about conversation.’ Victoria smiled. ‘One gets used to his appearance.’

‘And do you get used to that voice as well?’

‘He’s very nice,’ Victoria said. ‘And he would do anything for Lye. It’s made all the difference for him, having Wilf to depend on.’

Katharine said, ‘That may be so. But one doesn’t necessarily have to be on social terms with people who are useful in business.’ From outside they heard the noise of a motor bicycle setting off, and a moment or two later Lionel came back.

He said, ‘He’ll kill himself on that machine sooner or later. Do you know he does over sixty miles an hour on it?’

Victoria said, ‘Kitty has been telling me again how much she disapproves of him.’

Lionel turned from the window, where he had been watching the course of the motor bicycle along the road. He smiled. ‘Do you, Kitty?’

‘Tell me why. Yes, I know you’ve told me before. Tell me again.’

‘You don’t understand,’ Katharine said. ‘I have nothing against him in his place. He very likely is, as John thinks, the best mill manager in the industry. My only objection is in seeing him out of his place, and he’s out of his place here. Anyone can see that.’