One bad one is enough

A fresh storm arose in the night, with the sound of distant thunder and the wind howling up from the sea. She thought at first it was the wind which had awakened her, and lay there listening. But it came again and was a human cry – a cry of agony.

She lit a candle from her night-light and went quickly to her father’s room. He was not in his bed but on the floor, groaning. The groans turned to a terrible retching. He had vomited already; the bed and his nightshirt were stained with it.

She held his head till the fit subsided, and wiped his face. He gasped for water, and she found the glass he had by his bed, but empty. She ran to the landing and called for Marie, who came trembling. She told her to get water and to fetch Troutaud; then returned to tend her father.

Troutaud, when he came, looked gloomily at him.

‘It must be on account of those mussels,’ he said.

He shook his head. ‘One bad one is enough.’ 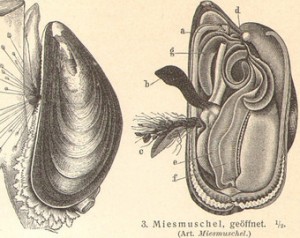 ‘Ride over and get Dr Falla. Hurry. Tell him how ill my father is. Beg him to come at once.’

He glanced towards the window, where the storm was raging outside. She said sharply:

Marie re-made the bed and she settled him in it and sat close by, holding a bowl for the continuing bouts of sickness. The night dragged on, the storm gradually easing, and she listened anxiously for the sound of hooves. It was a long way to St Peter Port, and a long way back. The dawn light started to grow in the sky, and as it did his groaning grew less. The worst was over, she thought. When he was quiet at last she thought that he was sleeping and pulled the sheet up over his exposed shoulder, very carefully so as not to wake him.

It was some moments before the extremity of his stillness troubled her, and she put a hand up to his mouth, and found no breath.