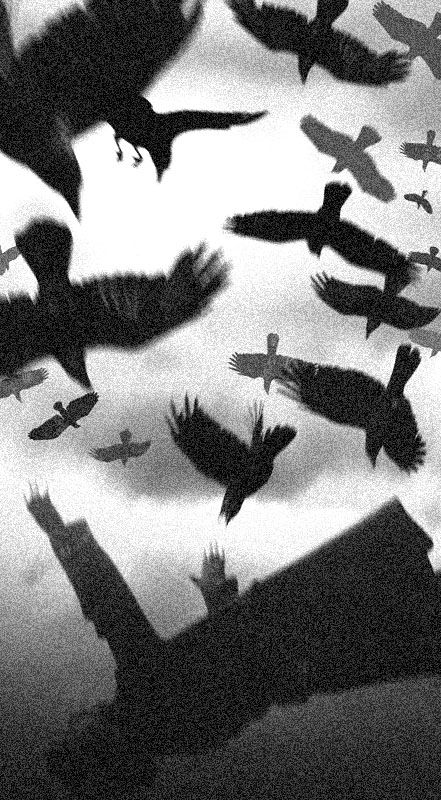 It was a clear, fairly cold night – no clouds, a quarter moon, and light sifting out across the sky from the great arc of the Milky Way. He heard the dog again as he went down the path, and stopped short. It was not barking any longer but howling, and he could tell that it was not in with the hens. It sounded like the cross-bred collie on the Margy farm. But there was a disturbance among the hens, all the same, a nervous clucking which was, at this time of night, more unsettling than a positive sound of outrage would have been. Matthew tightened his grip on the gun, and went on towards them.

He became aware of other noises, carried on the still air. A second dog took up the howling of the first, and he thought he heard a third, more distant. Cows lowing, and the bray, hideous and ear-splitting even at a quarter of a mile distance, of one of Miss Lucie’s donkeys. The sounds, familiar though they were, had a touch of horror in their present context: this otherwise quiet night, with no breath of wind, the sharply delineated peace of the middle hours of darkness. Then came another sound, as mild, as well known, but now the eeriest of them all. The chatter of birds, awakening from their sleep. One or two first, and then more and more, until Matthew felt that all the birds in the island were awake and shrieking their unease. He stopped again, abreast of the cane brake at the end of his kitchen garden.

Then, after one swift, barely perceptible shudder, the earth heaved beneath him, slammed him like a rat against itself and, heaving again, tossed him bruised and winded through the air.