Lydia had been watching Tony Marriott: his eyes had not left the curve of Susan’s breast, under the wrap, since she came out. When Sweeney spoke his name, interrogatively, he looked at him abstractedly.

‘How about you and Toni?’ Sweeney asked.

‘Why not?’ Marriott said. His eye returned to Susan. ‘Why not, indeed?’ He looked back at Sweeney. ‘And we can get down to discussing that big project you have in mind.’

‘Of course,’ Sweeney said. ‘Well, my dear Lydia, that leaves only you. But our little world is one of extreme democracy, setting one voice at equal importance with all the rest. Shall we turn back and take you to Honolulu? You can be at London Airport tomorrow. You only have to say the word.’ 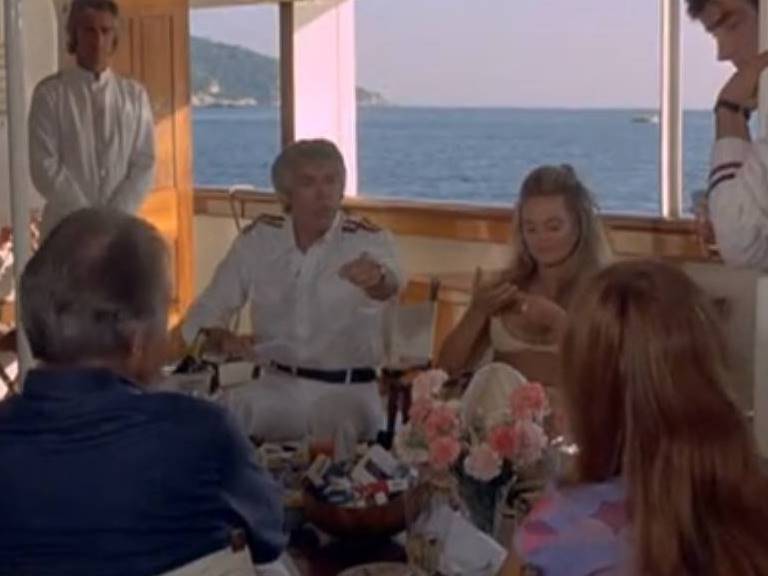 Her resentment against him found no purchase. She said sharply: ‘Why couldn’t we have had all this out before we left Honolulu? Why keep it until this stage?’

‘Does it matter? I assumed none of you would object to a slightly more adventurous voyage. As far as the others are concerned, it seems that I was right. If I was wrong in your case, then at least there’s no harm done.’

If you were filthy rich, there never was any harm done: whoever failed to fit in with the plans could be packed off, first class, by air, and forgotten. But she was not going to let herself be disposed of in that way.

‘I’ll stay,’ she said. ‘I think you’ve behaved badly about this, though, Sweeney.’

‘But you will stay,’ he said. ‘That is what matters, after all. And I was right in my estimation. We shall not need to put back into Honolulu. Our little company remains together, unforced, uncompelled. We can settle down to enjoy the long lazy days of sun and sea, relaxed and at peace, the world forgetting, by the world forgot. And I almost think I might settle down to enjoy my breakfast now.