Sweeney raised his eyebrows. ‘I was surprised so many of you had come. Did you think you would find them here?’

Marriott broke in restlessly: ‘You knew Susan had gone, then? How did you know?’

‘I knew Yasha had gone,’ Sweeney said. ‘Lydia told me that. Perhaps one of you would like to tell me about Susan?’

‘She left camp some time during the night,’ Billy said. ‘We assume she’s with Yasha.’

‘Have you any idea why she left?’

Billy looked at Marriott. ‘No. And it wouldn’t matter, anyway. We can’t have things breaking up, Sweeney. We’ve got to stick together.’

‘Even if some prefer not to do so?’

‘It makes no difference. Yasha’s a maniac. We can’t have him wandering loose around the island.’

‘Is the suggestion that Yasha came into camp, and dragged Susan away by the hair? She would be likely to have made some noise, surely. Enough to waken the rest of you.’

‘We thought you might know something,’ Billy said. ‘That you might have seen something. You sit up here watching all the time.’ 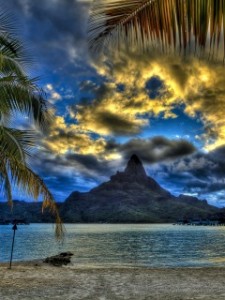 ‘I don’t look down into the valley much,’ Sweeney said. ‘I look out to sea. Or up at the mountain and the sky. I find more of interest there.’

‘We’re going to bring her back,’ Billy said. ‘That’s certain. And the quicker we do it, the better for all concerned.’

‘We’ll deal with Yasha at the same time.’