All will break up and dissolve

The scene outside had the sharpness and at the same time unreality of an over-contrasted television screen. Candie was the first person she saw; he was stretched out between the two huts, lying on his belly, head resting on a small heap of moss. She remembered that he had been given first watch for the night. She wondered at first if he were dead, but realized she could hear his breathing. He was, as might have been expected, asleep.

Looking across the clearing, she saw Susan. She had almost reached the line of trees and seemed to be hesitating, looking for something. Or someone. There was a movement in the shadows, and Yasha stepped out. He put a hand out, and Susan took it. They paused no longer but walked together out of the brightness into the trees.

For some time after they had gone, Toni stayed there, watching the patterns of black and white in the empty clearing. She felt at once excited by what had happened and removed from it. It was a dream event, in a dream world. She looked up and saw faint silver on the cloud which hung, as always, over the top of the mountain. There lies the wizard, she thought, dreaming: when he wakes, all will break up and dissolve – mountain and trees and sand and sea run together, coalesce and fade into wisps and shreds, into nothing. And we, too, she thought happily. We, too. 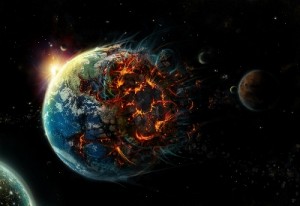