All men have their faults 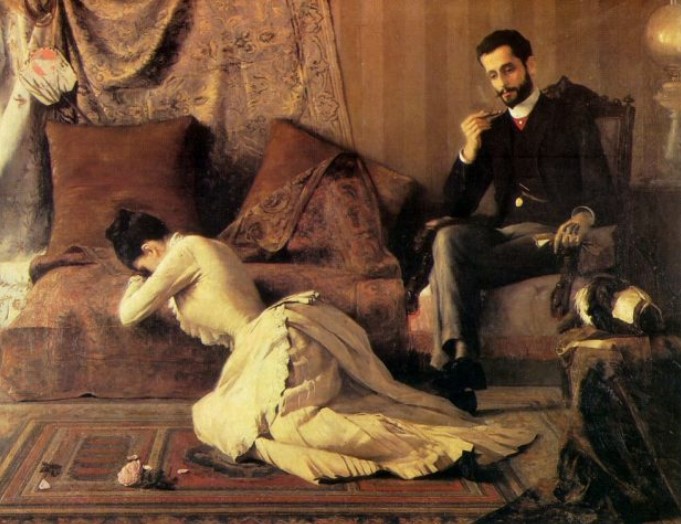 She spoke confidingly to Sarnia. ‘I suppose all men have their faults, but I would rather have extravagance than meanness.’

‘I perfectly agree,’ Sarnia said. ‘Meanness and coldness – they are much the same thing – those are the qualities that are truly hateful.’

She was thinking of her farewell to the Wilkinsons, and Mr Wilkinson’s sarcastic expression of hope that she would have a good holiday. Mrs Wilkinson, adding her own sincerer compliments, had said they would be looking forward to seeing her in fine health and spirits on her return, and that her room would be kept for her. Mr Wilkinson had raised a weary but decisive hand.

‘We must not engage Miss Lorimer with thoughts of her return. She will not wish to dwell on anything so dismal, when she has so bright a prospect before her. And I am sure she realizes that, as humble lodging-house keepers, we could not undertake to keep a room empty if a prospective boarder solicits us for it. In fact, I have had inquiries already.’

He had looked from his wife to Sarnia with a small tight smile of satisfaction. It was Mrs Wilkinson, she realized, that he was most concerned to wound. How dreadful, she thought shuddering, to be so dependent on the good will of a man utterly lacking in that quality. She pitied Mrs Wilkinson, but could not help despising her a little. It had been a failure in judgement not to have come to a truer estimation of the man’s character before she consented to marry him.