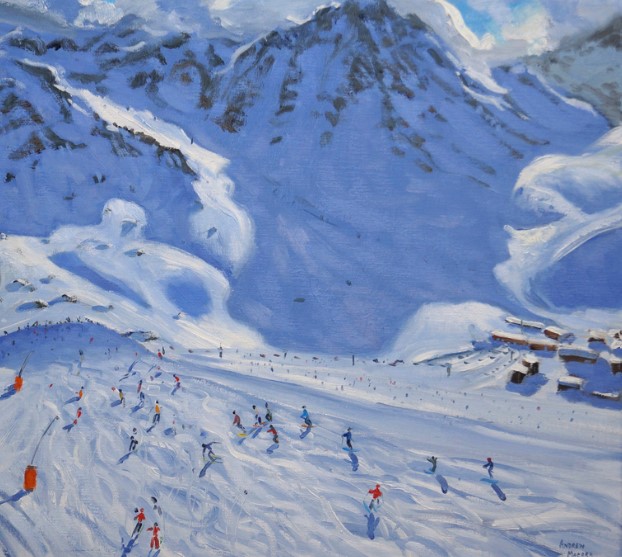 He put his hand towards her face. She stood quite still. He saw now that there was an old scar on her forehead, just above her left eyebrow. ‘Lugeing down from Sonloup,’ he said. ‘A bitter cold grey morning, with a north-east wind almost taking the skin off. You left a trail of blood on the snow.’

His hand was still against her forehead. She put her own hand up – to brush him away, he thought. But instead it folded over his. ‘Do you remember that?’ she said. ‘I hadn’t thought you could, possibly.’

‘I helped to carry you down to Les Avants,’ he reminded her. ‘We took it in turns. You cried all the way. We were scared that you might be badly injured.’

‘We’d been told to take care of you. Your father was a terrifying man.’

‘Not to me. I suppose he was to the boys, though. He expected more from them.’