The presiding magistrate was Coates-Bender, a member of Rod’s Club. When the defending counsel began a long discourse on the contrition of the accused, he cut him short.

‘I don’t want to limit your freedom in any way, Mr Laker, but I never feel these sentiments of regret carry much conviction at second-hand. We have all had the opportunity of witnessing the demeanour of these young men in court, and can form our own opinions on how contrite they are likely to be.’ 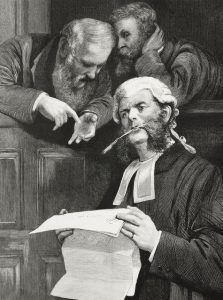 He placed them all under probation. He also said:

‘I should also like to put on record my appreciation of Mr Gawfrey’s action in assisting the police. It is true that this was in defence of his own property, but not all citizens, by a long way, are as alert and courageous in that defence as he showed himself to be. And the defence of one’s own property: in a legal fashion, is tantamount to a defence of the property of all, of society itself. In my view, he is very much to be commended.’

The boys were not looking at the bench. Their eyes rested, sullen and intent, on Rod.