An elaborate cold buffet had been laid out in the dining-room. Marriott waited until the ladies had been served, and then made his own selection. The choice was wide and many of the items exotic: the caviare was Caspian and heaped in gleaming black piles, the Scotch salmon elaborately decorated in aspic. Marriott contented himself with cold ham and beef. Food did not interest him very much. He refused champagne, and took a lager. He went with his plate to where the girl Susan was already sitting in one of the large window seats, and sat beside her. It looked like a cold blowy evening outside, but Sweeney’s air-conditioned central heating lapped them round. 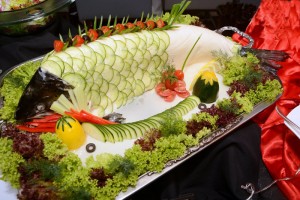 It was not as easy as he had hoped to engender the same snugness between them. She was not unfriendly, but not at all welcoming either. Her replies tended to be short, offering small purchase to his efforts. None of this, however, deterred him. Shyness, he had always felt, offered great rewards to someone applying courtesy and warmth and, above all, persistence. He went on talking to her, ignoring the lack of response.

There was some kind of ice-cream pudding which Marriott did not have, but he brought Susan’s to her. He watched her take a mouthful and asked:

She hesitated. ‘You could get some.’

The hesitation was still evident, but she spooned some up and offered it to him. He took the spoon between his lips with lingering deliberation.

She looked at the spoon, and he wondered if she would have the courage to do as she so plainly wanted – put it down and leave the rest of the pudding untasted.