Dinner with the Cartwrights 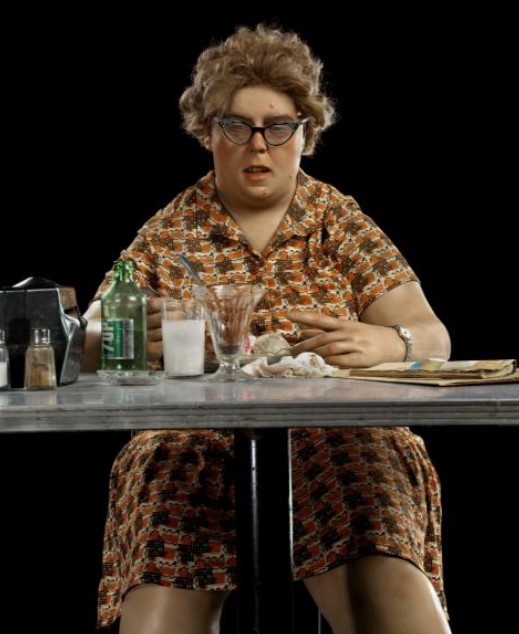 Milly came down the stairs, bulking even larger than was reasonable against the sunset light from a window behind her. She greeted Bates in a friendly but shy fashion. He wondered what Helen had found common in her; her clothes probably – she might have deliberately dressed to accentuate her massive fatness, and the colours were all wrong.

The two Cartwrights did not make a good, or even pleasant, pair. She seemed to have a bad effect on him. He talked more, and more loudly, and laughed a lot. The talk was not directed against her in any way, but as he talked she grew shyer. Bates felt contempt, not unmixed with annoyance, for a man who could have lived with a woman as long as Cartwright had and yet, with the best intention, be unable to do anything about what was clearly of great concern to him – the mastering of her shyness.

She made them a good dinner, but it was punctuated by jokes of Cartwright’s that were progressively feebler and progressively more hilarious to Cartwright himself. Bates hoped, for her sake, that Mrs. Cartwright would abandon the two men to their own devices with coffee, but she stayed with them, probably on Cartwright’s insistence. The atmosphere did not improve in any way.