I thought you’d got scared

He got there early, and after a while thought that they must have changed their minds and decided against coming. He leaned against the boat-house, kicking the wood with his heel and was depressed to a degree that he found it difficult to account for. When he had left them in the morning, he had felt both a resentment and a revulsion, and had found terms in his mind to explain them. They had to some extent deferred to his greater knowledge of the places and the country, but that had been more than made up for by their easy assumption of knowledge, and of authority, in other directions. John was clearly going to give the orders in any situation in which he found himself. And there was Patrick, who could hardly be any older than himself, talking confidently about picking the lock of a door with a piece of wire. The girls he did not think of particularly; they were only appendages and reinforcements to the brothers. He had thought of not going back in the afternoon himself, and then had made up his mind to go back in a spirit of resentment. He would find something in them at which to mock. Their way of speaking would have been enough if he had had any support. He told himself that he was depressed at their not coming because he had been ready to show them up in their cockiness and self-importance. 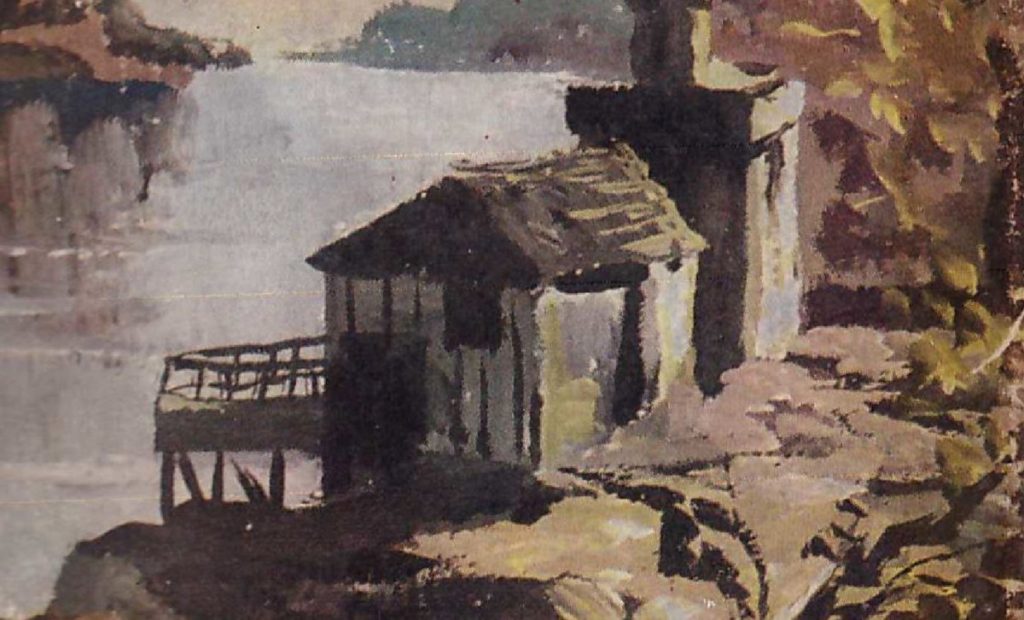 John, moving very quietly, had come round the corner of the boat-house, and was only a couple of yards away when Frank noticed him. He was not sure whether he had avoided starting. The others came round after him.

John’s eyebrows lowered. ‘Scared?’ He looked at the watch on his wrist, another indication of his near-adult superiority. ‘It’s only just two. All right, citizens, in we go.’