The dinner was a special one. We dined well normally at Carmaliot – too well, I thought – but this particular meal, as I had gathered from a muttered snatch of conversation between two of the servants, had kept the kitchen hard at work for two days. The soup was a consommé of game, followed by truffled cutlets of salmon in a delicate sauce, and that followed by guinea fowl, elaborately prepared and subtly flavoured. These dishes were all meant to be favourites of Michael, but he seemed to have an indifferent appetite for them.

A cool white wine with a long German name was served with the fish, and a red wine with the guinea fowl. It had a slightly harsh taste which made me guess it was claret. Edgar, sipping from his glass, perked up for the first time that evening.

‘This is not bad.’ He held the wine glass up against the light of the chandelier. ‘Might I know which it is, Father?’ 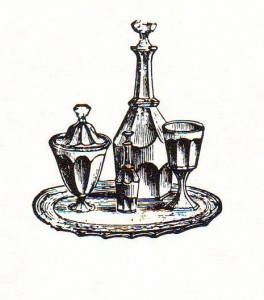 Sir Donald spoke with his usual calm, but with an under­tone, I thought, of unusual good humour. Edgar gave a small whistle of surprise. He said:

‘There can’t be more than half a dozen left. Quite an occasion.’

Sir Donald smiled, but said nothing. It was not until our plates had been cleared and a second decanter brought by the butler, that he said:

‘This is an occasion, as Edgar has suggested. I will tell you why.’