No need to involve the ladies

‘What’s to stop them breaking a window to get in?’

‘Nothing,’ George said flatly. ‘You’re not too bad at underrating intelligence yourself. I don’t know whether the Deepings are dangerous to the rest of us or not. We didn’t know them until they came here, or anything about them. Maybe they carry on this way back in Dulwich. But obviously we don’t run risks. Another reason for getting you two out here is to decide the best way of handling things.’ His glance flicked sharply at Selby. ‘I’m not sure what being professionally male means, but I still don’t see any need to involve the ladies. What is pretty plain is that we need to have somebody on guard at night. I don’t mind taking what’s left of this one. After that … there are four of us, with Peter. Roughly two hours a head.’ 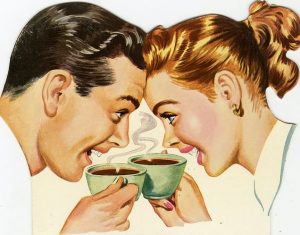 Douglas said: ‘Do you mean you think we’ll be still be – well, on the hook – tomorrow night?’

‘Maybe not,’ George said. ‘Maybe tomorrow morning there will be a ring at the door bell, and the Deepings will be there, nice and normal and asking for hot coffee.