They would have waited for the morning

‘I can’t even make a guess about the details. But pretty obviously, whether it’s infection, or possession, or multiple hysteria, the process itself is contagious. There has to be, at the least, a laying on of hands. They might have been able to do it while he was asleep. Or, if awake, a hand over his mouth, or round his throat, to keep him quiet while it was happening. We must presume that, but for the fact that he gave an alarm which woke the house, whatever happened to Leonard would have happened to Douglas in turn.’

‘And then,’ Elizabeth said, ‘there would have been four.’

Selby admired, as he had done many times before, the calm perceptiveness in her, underlying her apparent indifference and lack of interest. He said warmly:

‘Exactly! Three of them adult. I wonder where they would have turned after that? To the girls? But they 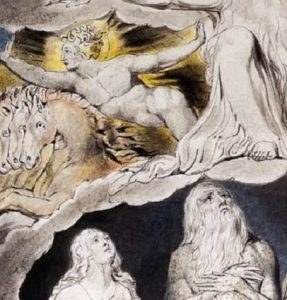 would still have been outnumbered, in the event of an alarm being raised. Perhaps they would have waited for the morning, for people getting up. Peter, and Marie, and then Mandy. And then George, and they would have the top of the house to themselves. That wouldn’t have given the rest of us much chance.’

The door opened, and Marie came in with a tray, Mandy following her. Mandy said:

‘I’ve made some cocoa. And there are biscuits. Only cheese biscuits, I’m afraid. We’re down to our last packet of sweet biscuits, and I thought I’d keep those for the children … for Steve.’

George said: ‘Good show. Cocoa’s very nice, for them as likes it. But I think I need something a little stronger after listening to Selby trying his hand at blood curdling.’ There was contempt in his voice, as well as flippancy. ‘I’ll just nip next door and get a bottle.’