Hamilton took the minibus down to pick up the party from the village just before six. By that time, clouds had gathered on this side of the valley, and a bitterly cold wind had risen. The landscape turned grim and forbidding in the deepening twilight. But it was cheerful inside, with the curtains drawn and logs burning on the open fire in the salon. Deeping was there, but quiet, poring over the City page of the Daily Telegraph which Hamilton had brought up on his earlier trip. Jane Winchmore, like himself, was reading a book. Ruth Deeping was supervising baths for the children. Douglas felt pleasantly tired and at ease. With any luck, he thought, he would sleep well that night. 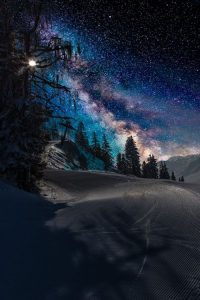 The others returning from Nidenhaut brought the news that snow had begun to fall. Grainger went up to the fire, rubbing his hands. ‘Warm in here, at least.’ He straightened up, and looked at Douglas, smiling. ‘What sort of a day have you had?’

‘Rise and fall. Equally balanced, but plenty of them.’

He grinned. ‘Yes, it’s a bad stage. Very damaging to the ego. Nothing like alcohol as balm for the spiritual bruises.’