A remedy for anxiety

She slept soundly, undisturbed by George when he came to bed, and awoke at six thirty. She lay in the dark, listening to the wind which was still raging outside and to her husband’s heavy breathing beside her. This, always, was the hard time, the moment which might have turned to misery if she let it. Above her head, far off and faint, she heard the jingling of Marie’s alarm clock. She pressed the switch of her bedside light, but nothing happened. A fuse gone, probably. She pushed the clothes back, swung her feet out of bed, and fumbled in the dark in the cabinet. 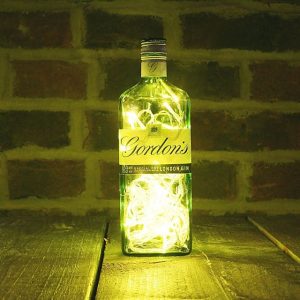 The bottle was in its place, and the glass beside it. She poured out, guessing the amount, and clipped the top back. Then she drank the raw gin quickly, feeling its heat in her throat, the glow in her stomach. Anxiety receded. She had had her usual tot, and there was still some in the glass. But that had not been deliberate, she argued with herself; she just had not been able to see how much she was pouring. She drank the rest and felt better, much better.