I ran into Rupert on my landing. He had a packet of manuscript under his arm and handed it to me. I took it automatically.

‘The cowboy story. I stayed up last night finishing it.’ He leaned against the banisters a couple of steps above me. ‘It’s thirty-four thousand nine hundred and fifty words – is that all right?’

I said gravely: ‘Pity you didn’t quite manage the round figure. Call in after breakfast and I’ll let you know.’

I examined Smoking Guns when he had gone. 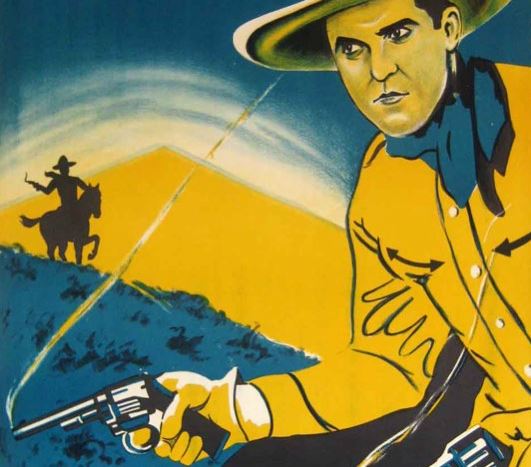 He had typed the manuscript on his old and infirm American portable; it abounded in every variety of spacing and alignment and the typing was atrocious. But the story itself astonished me. I had only suggested the idea to Rupert originally as a joke, and out of curiosity as to the kind of tangled tortuosity he would make of an attempt at simple narrative. But I didn’t need to read more than a dozen pages to realize that, amazingly, he had brought it off. This was mediocrity super plus. ‘Hiya, hombre!’ Chapter Three began, ‘yuh aimin’ tuh find yuhself a dose o’ lead poison?’ What shocked horror from his small, eclectic public should they ever learn the truth. Adventure stories for boys and girls were the only reputable form of relaxation for advanced poets and novelists. The frankly ordinary quality of the cheap Western story would be too great a strain on their imaginative view of the creative instinct’s delicate frailty.

I walked over to my balcony. This present morning was almost enough in itself to excuse the wretched summer. It had been raining during the night and the sky was sponged to a soft but sparkling blue; the air was springy against one’s flesh as it is on a day when one wades out from the sea into a heat-wave afternoon. The trees further down the road were a subtly greener green, as though their leaves tried to recapture the sheen of spring’s first innocence and nearly succeeded. Almost opposite a window was pulled up and a red-haired girl in a soft, white polo-necked sweater looked down for a moment into Regency Gardens before disappearing again into the darker recesses of her room. Had everything – air and sky and shimmering trees – been a stage set for that one moment and that one unconscious actor, it would not, I felt, have been over elaborate.