Let me have some cash

‘Tenn, I’m short again. Let me have some cash, will you?’

I had been a long time in Number 36; long enough to get used to having my privacy invaded at whim by whoever happened to be passing the door of my room. I would have been deceiving myself if I had not realized that I had reasons for submitting to that state of affairs. At times, however, irritation was touched off. I saw Blodwen’s opulence lounging on my desk, Britton standing at the window in an attitude compounded of uncertainty and boredom, Howard’s thin, anxious, demanding face before my own. I said viciously:

‘For Christ’s sake! Don’t you ever stop to think how much you’ve had off me already? Is there no one else you can go to for a change?’

It was quite usual to insult Howard as a preliminary to giving him money. It never bothered him; he expected it, and I saw his face twist into his usual wry, appreciative smile as I began speaking. But the overtones of real anger and annoyance reached him. I saw the half-formed smile tighten into sullenness before I finished.

He muttered: ‘To hell with you, then.’ He paused, looking at me. ‘You fat old sod,’ he added deliberately. 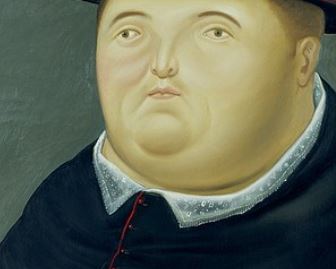 I was caught; caught by the situation as much as by my almost hysterical embarrassment. I looked at Howard, with no desire except to avoid looking at the other two witnesses to my impeachment. I tried to rationalize, intellectually, coldly. No secret had come out of hiding, after all. Both Britton and Blodwen had the evidence of their own eyes. But rationalization failed, against a new wave of flustered shame. I sat above the fleshy mountain of my body and felt myself naked to the gaze of others, and to their pity. It was the thought of the pity that racked my mind to humiliation, even to terror. I tried to think: ‘This moment will pass,’ and knew it never would.

Howard was still in front of me. Some part, perhaps the essential part, of the situation remained to be saved. I smiled. In me, I reflected sardonically, an Irving lost. I said, surprising myself by the lightness and ease of my tone:

‘Fat, perhaps, but no plutocrat. All right, then. How much?’