Who are you spying for?

They caught him easily. One dropped back, while the other, passing him, slewed round to block his path. He stood, blinking, dazzled by the brightness. The one in front said:

‘It’s a Holy Robey.’ He throttled the engine down. ‘Who are you spying for, Robey? The police?’

‘No.’ He was confused. ‘I was only going to the chemist.’

‘Then what stopped you?’

‘You know what Thought did?’ That was the one behind. ‘Used his last french letter on a bint on the pill.’

They both laughed. The first said: 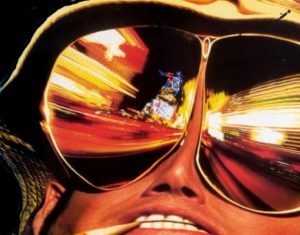 He went back down the road, with a motor-bike crawling on either side. He must not show fear. It was only one of their stupid jokes. There was nothing to be afraid of. They came into the road with shops. A gang of kids – that was all. They were singing: the song called ‘Acidman’.

The grues stay down but I go high,

The Mary Jane, I pass it by,