The frightening intensity of his mind

He had put the electric fire on in the bedroom, so that it was warm in there. They undressed, watching and smiling at each other. There being no distractions to the eye heightened their consciousness of each other. This desire needed no stimulation. Ease and tension again, but above all a sense of peace. She moaned at the shock, anticipated but always strange, of his body. The vision of Walter came to her, and she thought again how unimportant that was, too unimportant for it to matter whether it was done or not. 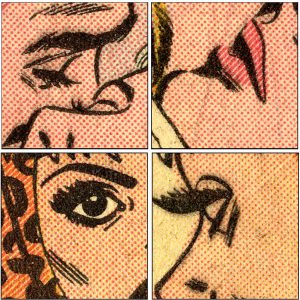 time, but he had never asked about him, never suggested the possibility of anything else. She doubted if the idea would occur to him: he was, in many ways, a rigid, unsubtle man. Walter knew nothing of Micky. When, after that first telephone call of his, following the riot at the memorial march, he had continued to ask her out, she had faced the fact of Walter’s ability to destroy any other man’s influence in her life, and come to a conscious decision. Before she first said yes, she had made up her mind to keep this thing from him. It had been an act of rebellion against Walter, not a feeling that Micky would be any more important than the others had been.

That, probably, was what had made it so good. It was a part of her life from which Walter was excluded, of which he was ignorant; and this enabled her to relax. That was another reason for continuing to let Walter have his way with her sexually. Refusal or objection would not only frustrate him but arouse his curiosity. He would bring the frightening intensity of his mind to bear on the change in her, and would not rest until he had fathomed the reason and destroyed what he would see – calmly, she thought, without jealousy – as a threat to himself.