Colder than you think

He was leafing through a work, in French, on ophthalmology, and speculating as to how it had come to be here, when the door from the dining-room opened. He turned, and saw Diana.

‘Well,’ he said, ‘I thought you were all busy playing Monopoly.’

‘I’ve been wiped out. I was looking for someone to talk to.’ 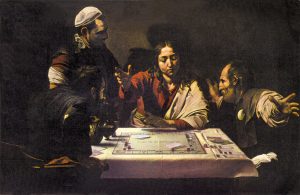 And where was the book, he asked himself, one thousandth part as attractive as a girl, pretty and young and setting herself out to please? He said warmly:

‘Go no further. You’ve found him.’

She smiled and went to the french windows. ‘It’s looking so much brighter,’ she said. ‘The sun’s almost shining. Can’t we go outside?’

Selby stood beside her, and inhaled scent with pleasure.

‘I don’t see why not. As far as the verandah, at any rate. But we’d better put something a little warmer on first. I would reckon that it’s colder than you think out there.’

They got their coats and went through to the verandah. It was cold, but less raw than it had been. They leaned against the balustrade, their arms not quite touching, and looked out.