Shove him through the mill

‘You were sent away at eight, too, I suppose?’

‘I remember crying a bit, the first few nights. After that I enjoyed it.’

‘It’s not exactly the way I would put it.’ 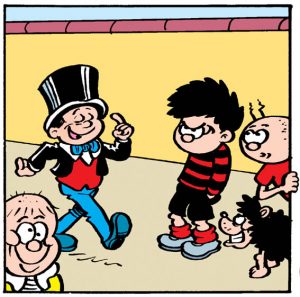 ‘Shove him through the mill, and he’s all right for life. Prep school and public school. Who gives a damn what happens to him, as long as he’s stamped in the right mould?’

Selby said: ‘There are a number of ways in which early life can be tough. You know that as well as anyone.’

‘I wasn’t packed away at the age of eight. I can imagine what my Ma would have said if anyone had tried that one on.’

‘Different people see things differently. Variety is supposed to be a spice, isn’t it?’

George said disgustedly: ‘Variety! Where’s the variety in a set of carbon copies?’

‘Well, between species, then.’ He smiled at him easily. ‘Your species and mine.’

He had made the remark out of idle curiosity, which was satisfied by the deepening of the colour in George’s face. An unkindness, he admitted, but there had been provocation. And if you put on protective mimicry, it was not a good idea to shout anti-slogans to the tribal cries. The man’s sense of fitness should prevent it. But could not, of course. A man might deny class, creed, country, but the chip on the shoulder was something he carried for life.