‘And what does that give you, with the river as its southern boundary?’ McKay looked up, eyes sharp in his thin face. ‘It gives you the London Pale. The name isn’t official, but it’s apt. Inside those lines, order – outside, chaos and barbarism. Except for our little oasis at Alexandra Palace and, of course, the airport.’

‘You mean – they’re abandoning the whole of Greater London? What’s going to happen to the people outside the Pale? What about those who come in to the centre to work?’

‘Essential enterprises have already made their own quiet arrangements for essential personnel. The others will be turned back. What they do then is their own business.’

‘And in the rest of the country?’

‘Similar arrangements. Strongpoints will be held.’ 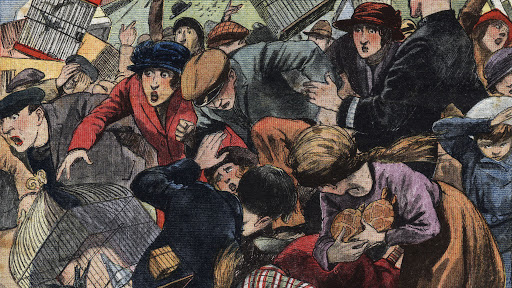 ‘That was my own reaction. But they can’t protect them, either. If they try to stretch the armed forces over the country as a whole, the whole country will go under. This way, they can preserve order at the centre.’

‘I gather there’s another side to the calculation, also,’ McKay said. ‘When things get back to normal, it will be that much easier to go out and re-impose order. The ranks of Tuscany will have thinned in the meantime.’

‘It would be appropriate to thank Him. You’re to be one of the lucky ones. ’