They have not gone to Cannes

‘We have almost no food,’ Olsen said. ‘If the blizzard returns, we may have none. If we can find it, I think it is time to kill the bear.’

Mouritzen shook his head. ‘The bear has gone. Did you expect it would stay, without food, for nearly four days? I saw Nadya searching for it. I think she was glad not to find it.’

Olsen gazed around at the unbroken surface of the snow, as though expecting to see the bear’s head sticking out. His gaze travelled on to the fjord.

‘Get the spears,’ he said. ‘We will go on a hunt. If we cannot have bear, maybe we will eat seal.’

He took all the men except Jones; Nadya, on her insistence, provided the replacement. They scrambled down through the snow to the fjord. The surface had been frozen completely by the blizzard; there was no sound or sight of running water anywhere.

After they had been ten minutes or so on the ice, Josef called:

‘Hi, Captain! Maybe the seals have gone south for the winter? Maybe they are sitting on the beaches of the Mediterranean Sea?’ 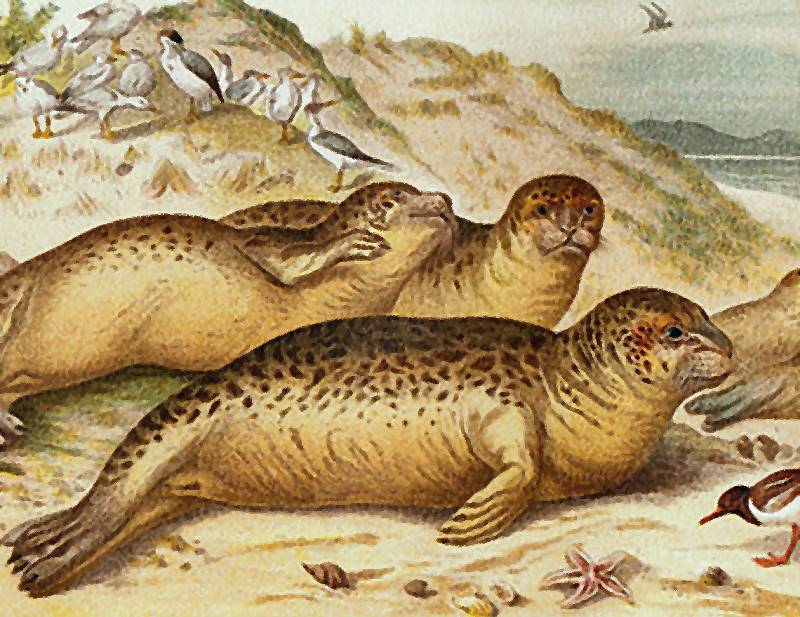 Stefan said in a puzzled voice: ‘What is this thing?’

He was looking at an opening in the snow. Just below there was a hole ringed with ice. Olsen came over and began to brush the snow away with his gauntlet. He revealed a flat-topped, hollow dome. It rose about six inches from the surface of the ice and was some two feet in diameter.

‘They have not gone to Cannes after all,’ Olsen said. ‘This is a breathing hole. The seal keeps this open all winter, breaking the ice as he comes up for air.’

‘So we wait for him,’ Josef said, ‘and stick him with the spear when he comes up?’